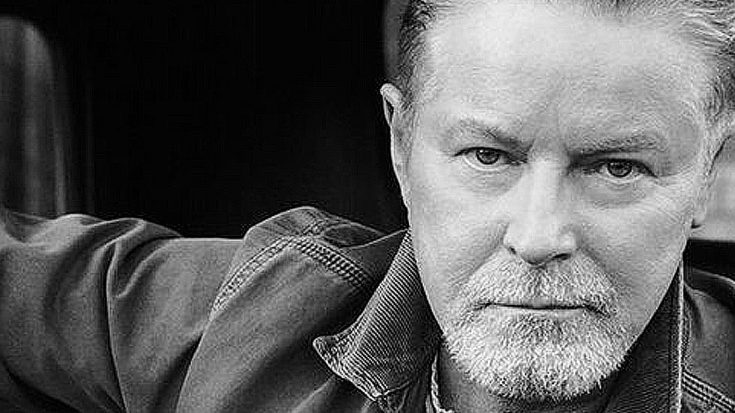 Former Eagle Don Henley isn’t perfect – quite far from it, in fact. He’s engaged in silly rifts with his bandmates and been accused of being some very not so nice things over the years, but at his core, Don is just like the rest of us – stuck on this wild ride called life and just trying to make it through each and every day as best he can and for what it’s worth, he’s trying. In the wake of his friend and bandmate Glenn Frey’s death earlier this year, Don’s had a lot of time to think things over and with the grief that comes with losing one of your oldest friends and bearing the weight of a lifetime of words left unsaid also comes a certain kind of wisdom – you know, the sort that only comes after you’ve survived some things and figured out what really, truly matters to you.

Our favorite former Eagle was kind enough to share some of this wisdom gleaned in the wake of one of the biggest losses of his life:

On Winning An Argument:

“By agreeing to disagree and moving on. Try to find common ground — something most people in Congress have forgotten how to do.”

On Handling Age and Getting Old:

“What’s that line in the poem “Desiderata”? “Take kindly the counsel of the years, gracefully surrendering the things of youth.” But that doesn’t mean that we should just sit on our asses and let atrophy set in. We have to stay curious, stay engaged, and, above all, stay fit. Family, friends, travel, music, books, gardening, a little good wine now and then — all these things, coupled with the right attitude, can make aging enjoyable.”

“Never ever allow yourself to be defined by past mistakes. We all make them, but the real shame lies in not learning the lessons inherent in those mistakes. I’m not the same man I was, and I’m not the man I’m going to be. I’m a work in progress. But some regret is only natural and right, as long as we don’t wallow in it. Move on. Life is long. You’ll have more chances to get it right.”