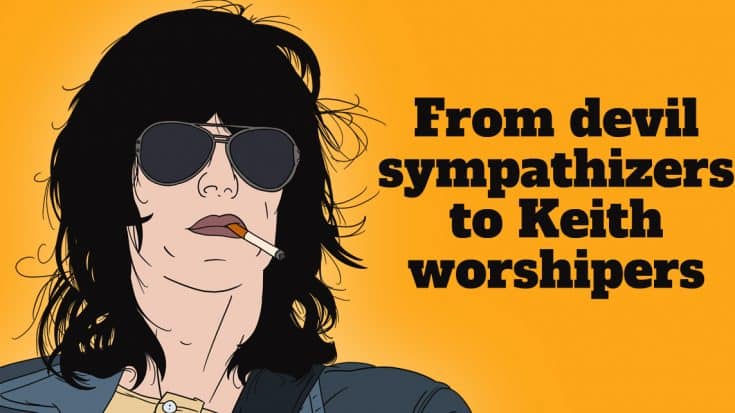 Keith Richards is partly responsible for The Rolling Stones’ legendary status. He’s a prolific songwriter and he helped create & refine the band’s sound. He may be often overshadowed by frontman Mick Jagger on stage but with this isolated guitar track below, we’re putting the spotlight on Richards’ guitar playing.

“Sympathy for the Devil” is the opening track on the band’s 1968 album “Beggars Banquet.” Mainly written by Jagger, he found inspiration from the French poet Baudelaire and Russian author Mikhail Bulgakov’s novel “The Master and Margarita” – the latter was given to him by his then-girlfriend Marianne Faithfull.

Jagger recalled, “Songs can metamorphasize, and ‘Sympathy For The Devil’ is one of those songs that started off like one thing, I wrote it one way and then we started the change the rhythm. And then it became completely different. And then it got very exciting. It started off as a folk song and then became a samba. A good song can become anything. It’s got lots of historical references and lots of poetry.”

In a 2002 interview, Richards called it “an uplifting song”. But there were people who believed that the track served as a confirmation that they were interested in the occult or worse, devil worshipers.