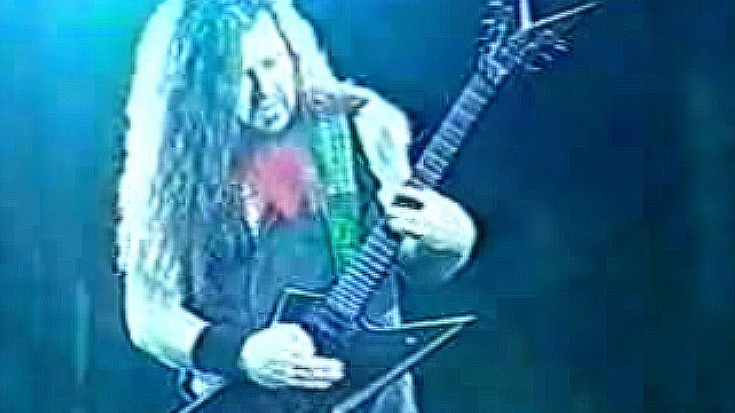 Dime At His Best!

The guitar solo at the end of Pantera’s ‘Floods’ is one of my favorites, hands down – especially when you see footage of Dimebag Darrell doing it live. There’s a certain amount of passion that Dime pours into this particular solo, and watching him in this exclusive concert footage is basically watching him in his element, totally happy to just be there and pour his soul into his guitar for everyone to hear.

The solo alone is enough to send chills down your spine, but it’s really the outro to ‘Floods’ that’ll get you in the end; it’s here that we get to hear a lot of Dime’s musical influences come out to play, intermingled with the spark that made him so undeniably great at what he did.

One of his most popular solos, it was originally a riff written by Dime in the late 1980s. This is revealed in the first Dimevision DVD, which features a video from 1988 of the then 22-year-old Darrell playing what would later be the ending of the solo to ‘Floods’.