Did You Forget “Golden Earring- Radar Love”? Here’s Them Live From 1973 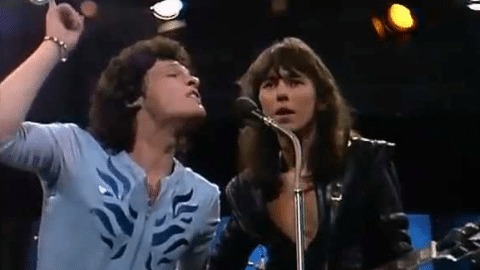 Dutch rock band Golden Earring achieved international fame with the massive hit “Radar Love” released in 1973. The song is about a driver with some kind of telepathic or psychic relationship with his girlfriend. He’s been driving all night but rushes home because he knows his girlfriend wants him.

Like most of their songs, this began with a title and it just developed from there. This suite has different sections and features a pretty interesting arrangement. Written by Barry Hay, he told American Songwriter: “It took me about three hours to write the lyrics, which is pretty swift. I remember our tour manager coming back from the night out, this was like five in the morning or something. And he read the lyrics and he said, ‘These are the probably the best lyrics you ever wrote and you will ever write.’ Well, thanks a lot!”

He mused, “It wrote itself in a way. I was listening to the music on the side and the story just took wings. I remember, in those days, I was really interested in ESP. I read some shit about it. And that sort of crawled in.”

“Radar Love” became a fan favorite during their concerts especially since it showcased Golden Earring’s musicianship. Since its release, it’s been covered over 500 times. Watch the group perform it live below.