Did You Already Forget How GOOD Steven Tyler’s Country Song Really Is? 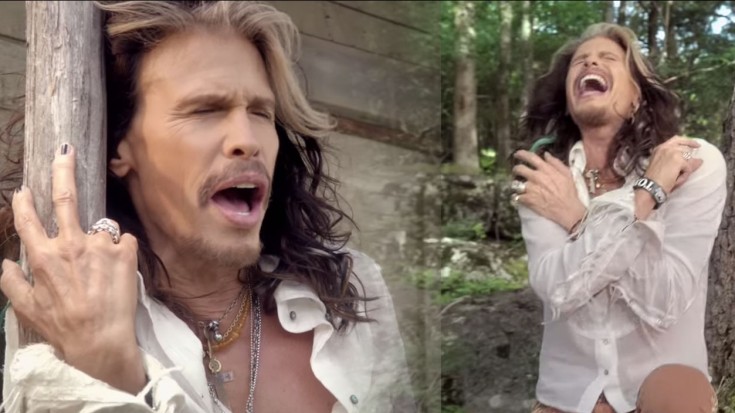 It’s pretty safe to say that Steven Tyler wins at life…particularly because of his new song “. There was some uncertainty among a few fans about the release of Steven’s new country album as he is most known for being an insanely sexy charming rockstar. Sometimes it’s a big risk when artists crossover to another genre. Sometimes people feel that there might be a loss of originality from the transition. However, do not worry my friends. This was actually a great idea and this video is simply…beautiful.

“Love Is Your Name” is the title of the single in which Tyler absolutely ROCKS this country song with his iconic, signature style vocals and energy. Gotta love it!

You need to take a listen and watch this music video! The feedback has been overwhelming positive on the country and rock side of crowds. I mean, who doesn’t love this guy!? He just has such a warm ora about him, and he sure knows how to sing. Steven Tyler has them sexy vocals though!