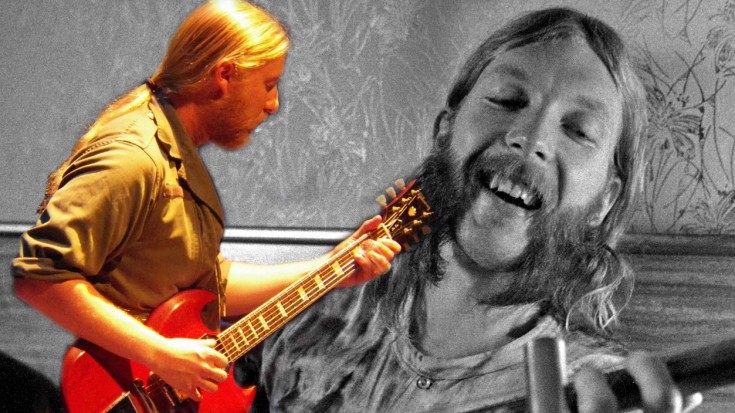 The Prodigy of Southern Rock

Who remembers Derek Trucks when he was just a young’ impressing everyone and rocking the stage?

We thought we would throw it back to when 14 year old Derek Trucks opened for the Allman Brothers back in ’93 at the Walnut Creek Amphitheater in Raleigh, NC. It is a big deal for someone at such a young age to be recognized for their innate talent at such a advanced level, which shows just how amazing the Allman Brothers are to their fans.

Derek opens the show with “Layla” by Derek and the Dominos, one of Clapton’s first bands followed by the iconic blues song “Jam.”

Fun Fact: Layla is actually about George Harrison’s wife, Pattie. She and Clapton began living together in 1974 and married in 1979.

Derek, these days, is performing in the band known as The Tedeschi Trucks Band.