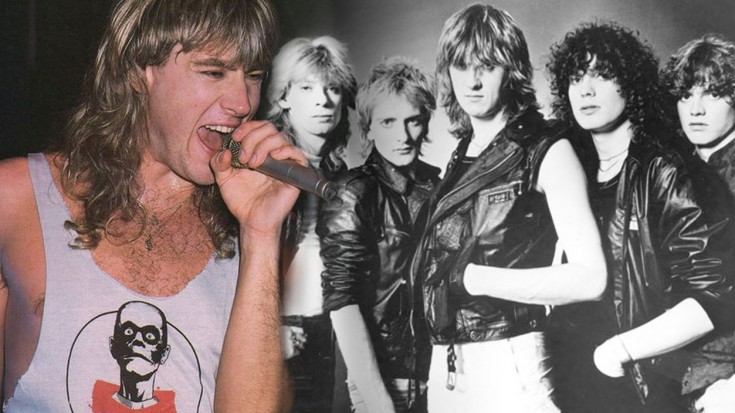 What do you do when you’re producing a song, and you’re getting tired of counting the band in with 1, 2, 3, 4…? Make up your own count, of course!

“Gunter Glieben Glauten Globen” was the opening of the rock anthem, “Rock of Ages“, and it meant absolutely nothing! Gibberish! When asked- the band would make up countless descriptions of what the phrase meant (the band would often joke it meant “running through the forest silently“).

Heabily influenced by Joan Jetts, “I Love Rock and Roll‘, the bands lead singer, Joe Elliott, claims they probably would never have written the song if they hadn’t come across the women’s crowd pleaser.

“We didn’t steal her entire sound. We took that one song and thought, ‘This is very anthemic. We could get away with writing songs of this standard and style.’ And that’s what we did.”

Although the band had written the music, this song almost didn’t come to life due to the fact they simply could not come up with lyrics. Joe Elliott found a bible open to the hymn “Rock Of Ages.” He started singing the phrase and Lange thought it would be perfect for the chorus. They used it as the title, and the rest is history…