Dee Snider Sings ‘We’re Not Gonna Take It’ On Stage, But The Message Behind It Is Truly Powerful! 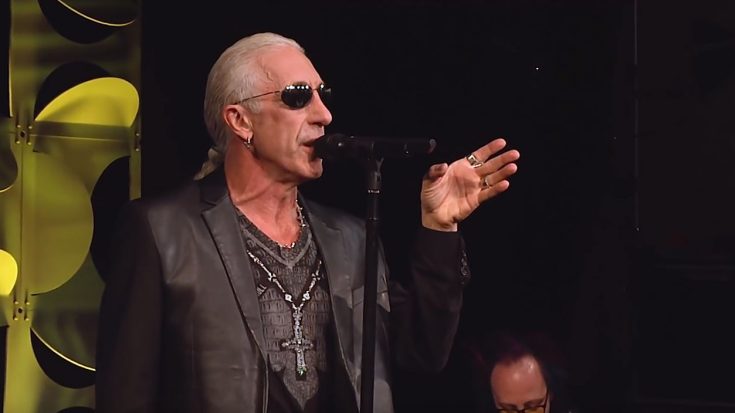 Dee Snider Will Not Take It!

Is there really anyone in the world more qualified to stand up and lead a protest in the realm of classic rock than Dee Snider, lead singer of Twisted Sister? According to the PMRC (are they still around?) Dee Snider is the most dangerous man in rock and roll, especially in the 1980s. Back in 1985, Dee Snider created one of the most infamous TV moments in history with his testimony against the PMRC at a congressional hearing. These days, not much has changed. Dee Snider is still a militant voice of the voiceless with the gift of sending a strong message to whatever it may be that opposes his views. Here is the most recent example.

Dee Snider recently paired up with The Recording Academy to become an advocate of the Fair Play, Fair Pay act. This is an act that call for equal compensation for artists that is not paid to them by the record industries. What you’re about to watch is an acoustic version of Twisted Sister‘s hit song We’re Not Gonna Take It. The music video for it is a politically charged one.

What do you guys think of this version? Do you like it better, and do you agree that it sends a powerful message? The lyrics are certainly that of standing up for what you believe in. And there in no one more suited than Dee Snider to do just that!