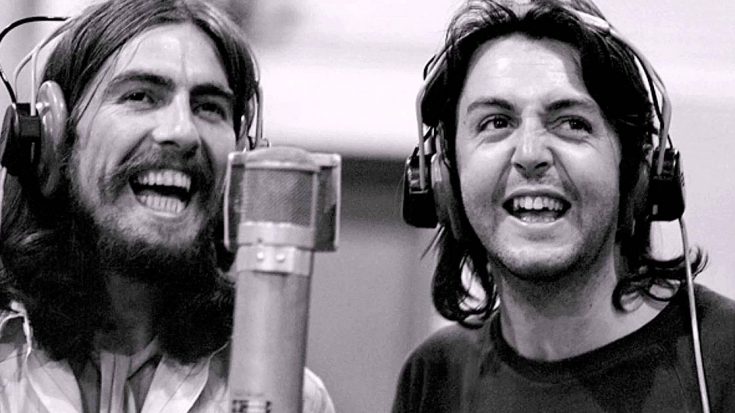 The Beatles proved to be every bit as entertaining offstage as they were onstage, letting fans into the studio with them as they crafted some of their most iconic hits and showing the world 4 young men who played as hard as they worked. Make no mistake, though – when The Beatles were in the studio they worked and they worked hard, often running through one song several times in a row before coming to the final versions made on albums and their 1968 classic “Hey Jude” is no different.

Fun Fact: More than seven minutes in length, “Hey Jude” was at the time the longest single ever to top the British charts, spending 9 weeks at number one in the United States, the longest for any Beatles single.

Written by Paul McCartney to comfort John Lennon’s young son Julian after his parents’ divorce, “Hey Jude” required over 25 vocal and instrumental takes before the final version was cut in the summer of 1968 and the demo you’re about to hear features Paul in rare form – laying down the vocals to “Hey Jude” highlighted by a powerful piano riff and launching into the fade out coda by himself, riffing on “Hey Jude” in between raspy “na na na na na na’s” for a musical experience that can only leave you marveling at the genius within the 4 walls of London’s Trident Studios. This was already one of our favorite Beatles songs, but hearing its skeleton as Paul McCartney worked it out from beginning to end in the safety of his recording booth certainly adds an element of magic to this White Album classic!