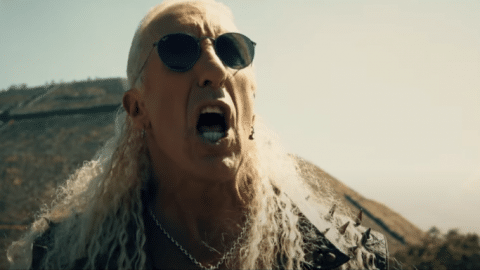 He Says, “Censorship Has Always Existed”

Twisted Sister’s Dee Snider has been fighting censorship for decades. He famously fought it in the 1980s, as he attended the PMRC Senate hearing and proved to everyone he was more than just another rockstar.

Now in an new interview on The Chuck Shute Podcast, he spoke about political correctness and social media’s “cancel culture”.

“Censorship has always existed. People have gotta understand that,” he said. “It’s never gone away. The first time somebody said or did something, somebody else said, ‘You can’t do that.’ Trust me.”

“Throughout time, creatives, artists — people that push back on censorship and try to push the boundaries — and the people who were behind censorship used to be very puritanical,” he continued, “That’s our job, as creatives, is to push, and the censors, their job, apparently, is to push back. And they keep drawing lines and we keep stepping over the line. It goes on and on and on and on.”

“The odd thing is the censorship never went away. The pendulum has swung, and it’s gone from being a right wing conservative, puritanical thing to a liberal, hypersensitive social consciousness,” Snider added. “It’s coming very much from the left now, which is very odd.”

Listen to the rest of the interview below.