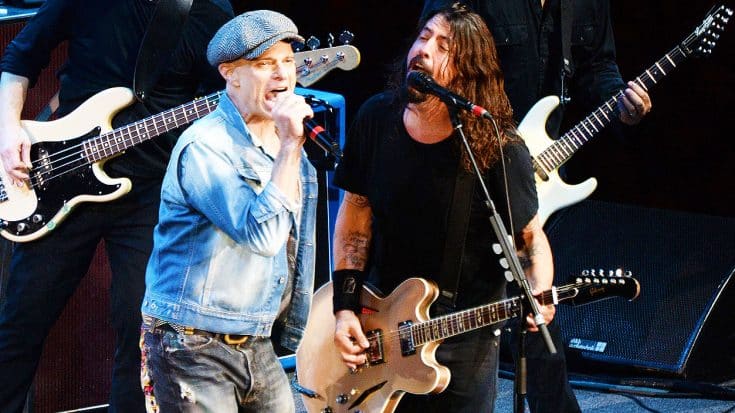 The best surprise ever!

The Foo Fighter’s Dave Grohl is seriously living the dream. It seems like every time you turn around he’s jamming with one rockstar, or another, and not only that, he’s paving the way for the future generations of rock as the lead pioneer.

Back in 2015, the Foo Fighter’s celebrated Dave’s birthday with a massive party at the Forum in Los Angeles, CA. What many people thought to be just a Foo Fighter’s show, actually turned into a massive all-night jam session with some of rock’s best, like Slash, Jack Black, Zakk Wyld and Lemmy! Well, one of the best surprises of the night was when the band brought up David Lee Roth. David joined the band on stage for an epic duet of “Panama” and “Ain’t Talkin’ About Love” and everyone in the audience was left in amazement! They all killed it, and David sounds better than ever! The only thing missing is Eddie Van Halen shredding the solos!