It’s Been A While Since We’ve Seen Metallica Have This Much Fun Onstage, But It Was Worth The Wait 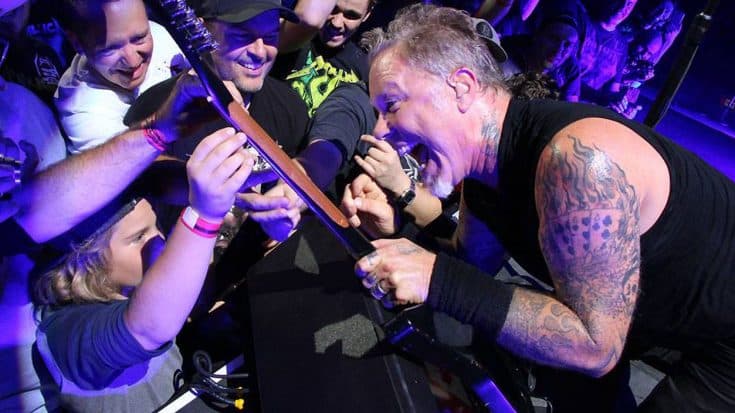 Metallica Have A Little Fun Onstage

When you’re as big as Metallica, it’s easy to get so bogged down in the details of tours and album sales that you forget the most important part of your career: fun. It’s fun to get onstage and share what you love with different people every night, and it’s even more fun to share that love in the form of the music that made you want to pursue your craft – which is exactly what Metallica did over the weekend when the Pasadena stop on the band’s WorldWired Tour found them paying tribute to the city’s own Van Halen with an abbreviated cover of “Runnin’ With the Devil”.

From the first note struck by bassist Rob Trujillo, fans knew this wasn’t going to be a Metallica song and they quickly found themselves cheering loudly as they quickly realized what they were in for. From James Hetfield’s David Lee Roth inspired vocal delivery and engagement with the crowd to the genuine joy on the faces and in the playing of Lars Ulrich and Kirk Hammett, “Runnin’ With the Devil,” no matter how brief it was, is a glimpse into a rarely seen side of Metallica – one that we’re positive you’ll love as much as we do. Enjoy!