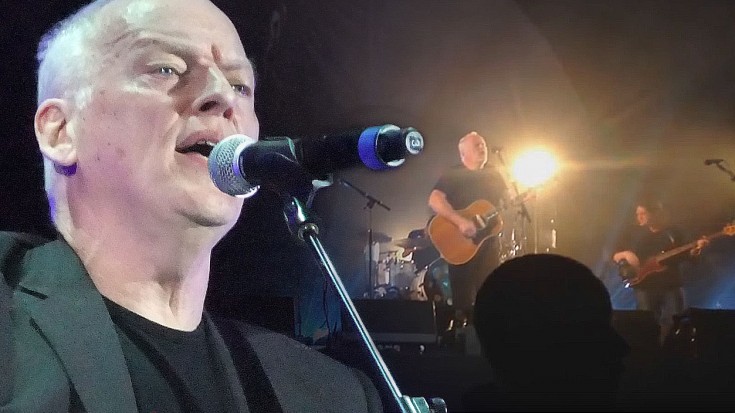 …And It Was GREAT!

Pink Floyd’s David Gilmour has been a busy man these past few years. Between a wildly successful solo career leading up to his latest release Rattle That Lock and wrapping up the Pink Floyd legacy with 2014’s The Endless River, it’s hard to pin down our favorite guitarist but every now and again, he loves to surprise his fans with a special appearance!

In late 2014, Gilmour appeared with English indie rockers the Bombay Bicycle Club for a very special rendition of Pink Floyd’s iconic ‘Wish You Were Here’ – a tune that still stands the test of time over 40 years later, and one that David Gilmour always manages to make just a little bit magical.

Fun Fact: ‘Wish You Were Here‘ was a rare case of the Pink Floyd primary songwriters Roger Waters and David Gilmour mutually collaborating on a song – they rarely wrote together.

The performance was in honor of the venue played that night, London’s Earls Court as it was due to be torn down the shortly after and in true Gilmour fashion, he gave the audience (and the venue!) a performance to remember. The crowd had no idea that David was going to make an appearance that evening, making for one of those “you had to be there” sort of stories. David still looks great, and if at all possible, he’s only gotten better as a guitar player!

+ Wish You Were Here lyrics +

And did they get you to trade
Your heroes for ghosts?
Hot ashes for trees?
Hot air for a cool breeze?
Cold comfort for change?
And did you exchange
A walk on part in the war
For a lead role in a cage?