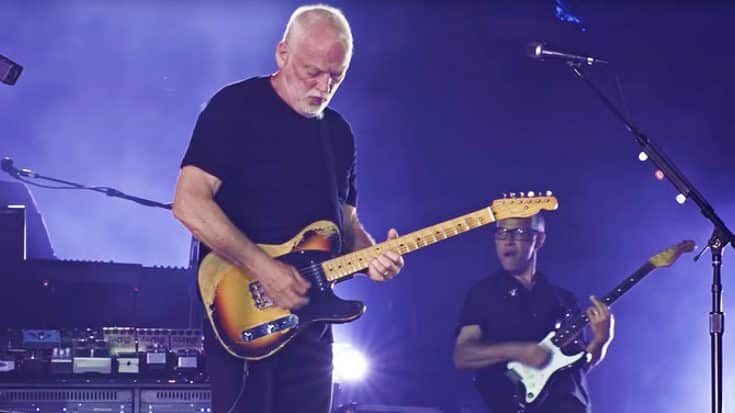 Nothing much has changed in 44 years!

It had been 44 years since David Gilmour played a show in Pompeii, Italy. The last time he and Pink Floyd took the stage there, there was no audience, and the band filmed their historic Live at Pompeii DVD/record. The 44 year wait was worth it though, and Gilmour returned to film his own solo concert, but this time, in front of a sold out crowd.

The concert film is set to get a limited release this September, and in anticipation, Gilmour has gone ahead and released a clip of his performance of ‘Rattle That Lock” from the performance. The teaser gives us an idea of what the film will be like: a normal concert film, but with that extra, classic Gilmour touch! Any Pink Floyd fan is sure to dig this, and we can’t wait until the limited release of the film on September 13th!

Remember: The screenings are a one time only thing, so book your tickets at a theater near you ASAP!

Check out the awesome clip down below and tell us how excited you are for the film!