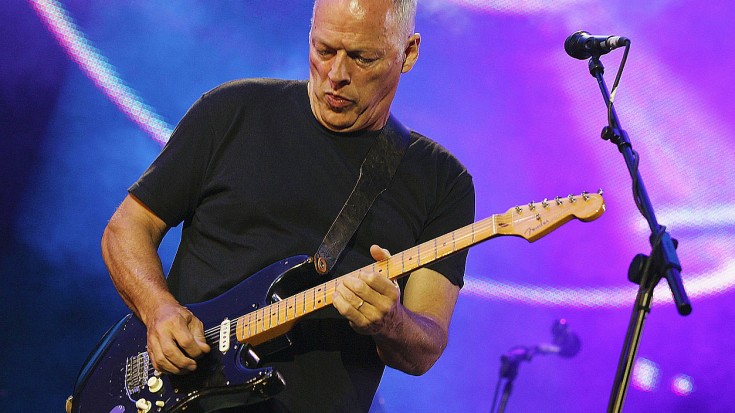 Boy – David Gilmour wasn’t kidding when he said he had quite a few tricks up his sleeve for this summer’s Rattle That Lock World Tour!

Hot on the heels of world class performances that included “One Of These Days” for the first time in two decades and a return to Pompeii more than 4 decades after Pink Floyd staked their claim on the ancient stone amphitheater, the former Pink Floyd guitarist treated crowds to a performance of “The Great Gig In The Sky”. Featured on 1973’s Dark Side of the Moon, “The Great Gig In The Sky” began as a chord progression from late Pink Floyd keyboardist Richard Wright and later turned into the dreamy, 4:44 track sandwiched neatly between “Time” and “Money” that David Gilmour brought to life to the delight of fans last week.

Armed with his pedal steel guitar, Gilmour’s performance of this Dark Side of the Moon classic is as much a celebration of his rich, colorful musical career as it is to his former bandmates – especially close friend Richard Wright – and it makes for a performance that you simply have to see to believe!