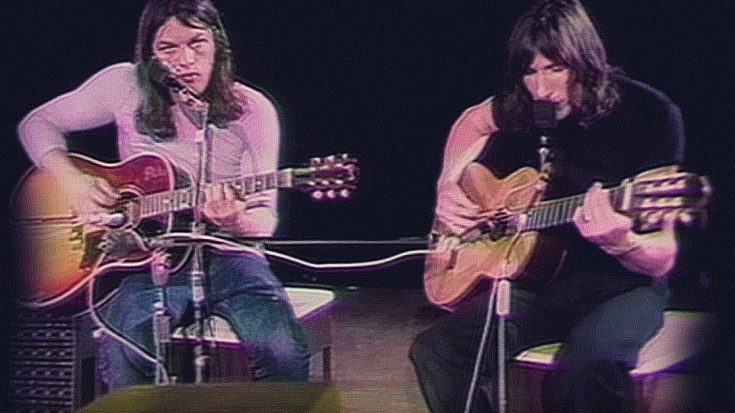 The death of Richard Wright and the widening rift between David Gilmour and Roger Waters pretty much ensures that Pink Floyd – at least as we knew them – are dead and gone, better left to time and memories than a half hearted attempt at recapturing the magic of an entire lifetime ago.

Thankfully, while we’ll never see the band play another live show or release another album of original material, there’s plenty of fun stuff from the vaults being released that almost makes up for the absence of one of the greatest bands of the 20th century; as part of Pink Floyd’s exhaustive reissue campaign, never before seen footage surfaced early this week of a music video for 1967’s “Grantchester Meadows,” an easy, breezy acoustic Waters-driven piece that features David Gilmour on vocals and towards the very end of the song, Richard Wright on keys.

Fun Fact: “Grantchester Meadows” is one of countless rare recordings that will be featured in the exhaustive 27-disc box set The Early Years 1965 – 1972, due out November 11th.

Featured on Ummagumma, footage of the band performing “Grantchester Meadows” was recorded at San Francisco’s KQED in 1970 and is paired with audio the group recorded for the BBC one year earlier, with the neat outdoor scenery captured this year to craft a Pink Floyd masterpiece that seamlessly blends both yesterday and today for a final product that should satisfy even the most fervent of Pink Floyd fans. We’ll never see David and Roger this friendly with each other again, so make sure you sneak a peek at the video below and enjoy this cozy moment in Pink Floyd history!