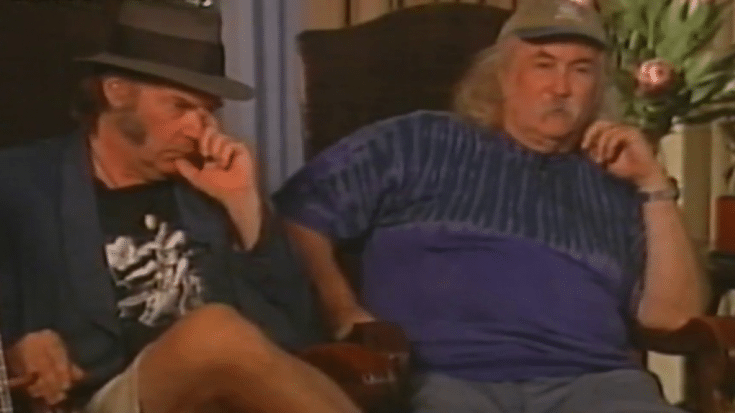 Crosby Has Only Communicated With Stills

David Crosby didn’t mince words in his new interview with The Guardian. Among all the members of Crosby, Stills, Nash and Young, Stephen Stills is the only one Crosby is still talking to. It’s no secret that he’s had beef with his former bandmates especially Neil Young. When asked about a possible reconciliation, Crosby responded: “No, and I don’t expect there to be – the petty-assed bullshit that goes on between us as people.”

“Neil has got a genuine beef,” he admitted. “I did say something bad about his girlfriend [the actor Daryl Hannah, now Young’s wife]. I said I thought she was a predator. OK, he can be mad at me. That’s all right.”

Although he already admitted his mistake, it still didn’t stop Crosby from speaking his mind. He called Young “the most self-centred, self-obsessed, selfish person I know. He only thinks about Neil, period. That’s the only person he’ll consider. Ever!”

Crosby also had something to say about Graham Nash.

“Graham just changed from the guy I thought was my best friend to being a guy that is definitely my enemy,” Crosby said, “so I don’t see any future there at all.”

Meanwhile, Young has been busy throughout the pandemic. Not only does he share performances on his Neil Young Archives website, he’s also preparing several projects as he digs deep into his vault.