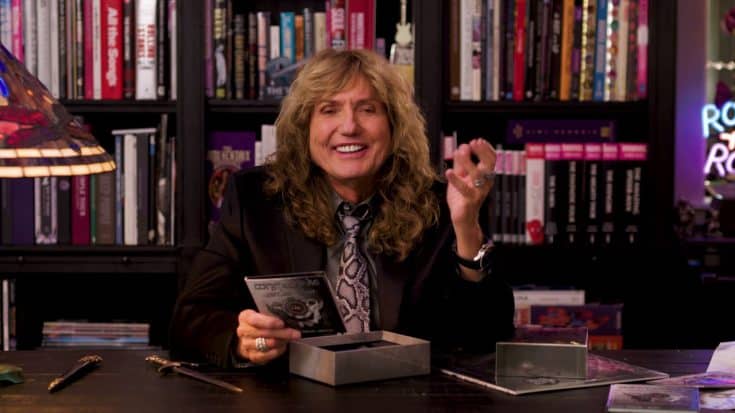 Rock and Roll Hall of Famer David Coverdale, best known for being the founding member and frontman of Whitesnake and lead singer of Deep Purple from 1973 to 1976, has revealed his most financially successful songs as he sold his catalog.

Coverdale’s songs ranked by revenue as part of the acquisition are: “Here I Go Again”, “Crying In The Rain”, “Fool For Your Loving”, “Is This Love”, “Still Of The Night”, “Slow An’ Easy”, which are all Whitesnake tracks, followed by Deep Purple releases “Burn” and “Stormbringer”.

Also included in the catalog is “The Last Note Of Freedom”, from the “Days Of Thunder” film soundtrack, co-written with Hans Zimmer and Billy Idol.

“The Board is pleased to provide RHM shareholders with access to David Coverdale’s own legendary catalog of hits as the frontman from one of best known rock bands of all time, who helped to define an era of music. We are delighted to be deploying capital into such high-quality acquisitions while continuing to evaluate further attractive opportunities.”

Josh Gruss, chairman and CEO of Round Hill, the company’s investment manager, said:

“David Coverdale is a true rock icon. As the frontman for two of the world’s greatest bands, WHITESNAKE and DEEP PURPLE, he has blazed a trail since the early ’70s, and his legacy and influence on the generations of artists that followed him cannot be understated. To have been entrusted with David’s work is a proud day for Round Hill.”

“I am thrilled beyond words to joyfully announce that my existing catalog of works, both songs and master recordings, which I have been involved in creating for over 50 years, is now in exceptionally safe hands with the fine people at Round Hill. I look forward immensely to working together with Josh Gruss and all at Round Hill to ensure the legacy of my existing works for future generations to enjoy.”