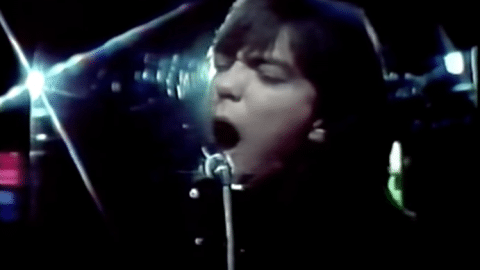 I Can See The Rainbows In Your Eyes

David Cassidy was such a swoon worthy icon that his talent is sometimes over-looked. His talent is perfectly showcased in the 1976 cover of Wings’ “Tomorrow,” off their 1971 Wild Life album. As soon as Cassidy starts singing you can hear a full-bodied, almost raspy, voice. It’s really gorgeous. The singer performed a live version of “Tomorrow” on the UK  Tis Was Tv Show.

The cover is praise worthy. There’s an emotional tinge in the singing that gives the lyrics a bittersweet meaning. Cassidy reaches high and lows, living out a rock and roll dream. It’s a power punched performance.

It’s crazy to think that David Cassidy has such a distinct voice but still somehow reminds you of Paul McCartney’s sound. It might be that emotionally embodied singing- the lyrics are hard hitting. Although  it’s a simple love song- something McCartney has mastered (respectfully), you can contextualize your own personal feelings in the words.

For Wings, the band’s “Tomorrow” was sang by Linda and Paul. A love song sang by two people genuinely in love just has a different feeling than most romantic ballads- it feels real. Ironically, though David Cassidy covers the song alone, he hits that same feeling. It is a beautiful and timeless cover. He gave it all he had and it was perfect.