David Bowie May Have Won Four GRAMMYs, But His Fans Are Not Happy—Here’s Why… 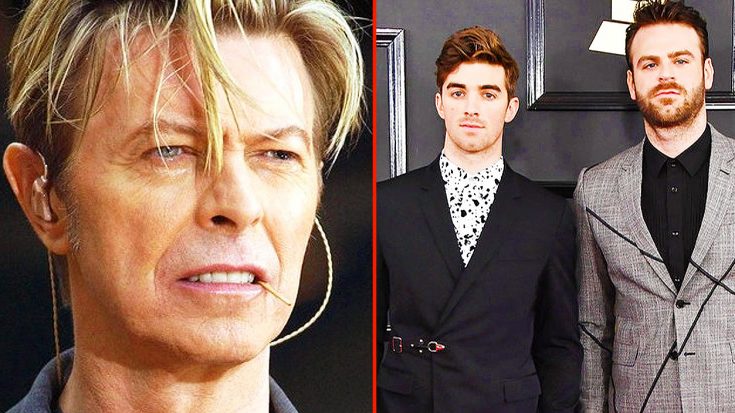 Lots of haters out there…

Last year, the world lost David Bowie. This, however, did not stop or prevent the legend from winning four GRAMMYs this past weekend at the 59th GRAMMY Award ceremony. Bowie won awards for his album Blackstar, including Best Alternative Album, Best Rock Song, Best Rock Performance and Best Engineered Non-Classical Album.

When an artist wins an award posthumously, the show will usually get a family member, close friend or someone in relation to the artist to accept the award. For Bowie, however, the Academy failed to find someone, thus forcing electronic duo The Chainsmokers to accept the award on his behalf. This made Bowie fans livid, and left them with a feeling of disrespect. many questioned why the academy couldn’t find another rock artist, family member or close friend to accept on Bowie’s behalf.

The Chainsmokers just accepted an award on behalf of David Bowie, if you needed another reason to believe life is a sick joke

Me when I found out The Chainsmokers accepted David Bowie’s Grammy on his behalf pic.twitter.com/36ODRZ6Aug

Another bad look for the GRAMMYs, but who’s surprised at this point!?