Dave Mustaine Is Having A Party For His 55th Birthday, And You’re Invited! 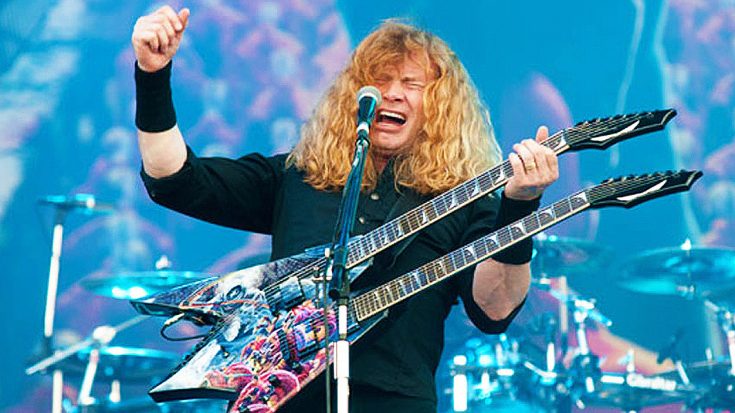 Party WITH A Rockstar!

Ever wondered what it would be like to party with a legendary rockstar? Well, the opportunity has been presented to you, thanks to Dave Mustaine from Megadeth! Mustaine put out a video message to his fans on Twitter and YouTube, inviting him to help celebrate his 55th birthday party! Fans will get to go meet Mustaine, listen to loud music and try out his new beer called À Tout Le Monde. The beer is a Belgian-style ale crafted in Quebec, Canada, and was brewed by Mustaine with the help of a company called Unibroue.

“I’m inviting you to the biggest birthday party ever — mine. It’s gonna be one for the ages. We’ll get to hang out, and you’ll be the first to taste my brand new beer. And, of course, there’s gonna be loud music — very loud music.”- Mustaine said.

This is not the first time Megadeth has released an alcoholic beverage. Back in 2013, the band released a wine called Megadeth Vineyards Cabernet, courtesy of Fallbrook Winery in California. Mustaine is a recovering alcoholic, but says he isn’t 100% sober, claiming he enjoys a glass of wine every now and then.

The date and location of Mustaine’s birthday bash has yet to be released, but visiting MegadethBeer.com will keep you updated on the events! Check out Dave’s announcement of the party down below, which also included info on the beer!