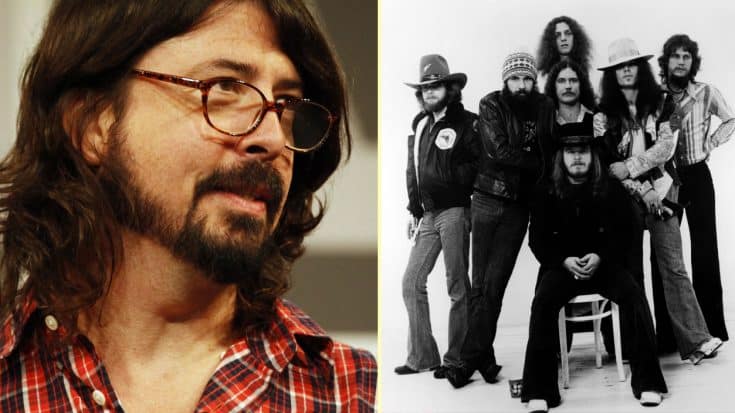 No matter where you go, I guarantee you’ll find yourself a Lynyrd Skynyrd fan in the bunch and no matter who it is, we always smile when we meet another member of the Skynyrd Nation – even if they’re rockstars in their own right. One of our favorite Skynyrd Nation surprises came in the form of a 2000 interview with NME when Foo Fighters frontman Dave Grohl revealed that while he’s got a lot of favorite songs, there’s only one that makes him homesick – and no, it’s not the one you’re thinking.

“‘I Ain’t The One’ by Lynyrd Skynyrd – this makes me really homesick,” admitted Grohl.

Grohl, who was 8 when Lynyrd Skynyrd’s plane crash claimed Ronnie Van Zant’s life, grew up listening to the band and covering songs like “Gimme Three Steps” as a teen – he even idolized late guitarist Allen Collins and credits him as a source of inspiration as a guitar player. Songs like “I Ain’t The One” take Dave back to memories of a modest but happy childhood in Virginia – one that the guys in Lynyrd Skynyrd can surely identify with!

Anyone who clings to Lynyrd Skynyrd as a lifeline to great memories is always a friend of ours, and who knows: maybe in another life, Dave and Ronnie Van Zant would have been great friends.