Crosby, Stills, and Nash Are Immortalized At Woodstock With “Suite: Judy Blue Eyes” 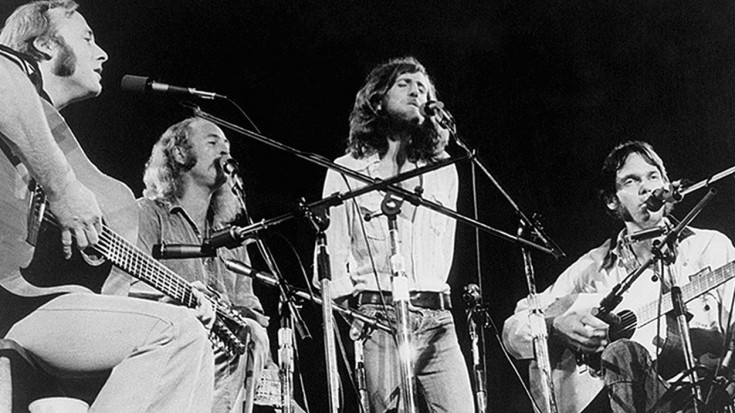 ‘Suite: Judy Blue Eyes’ by critically acclaimed folk rock supergroup Crosby, Stills, and Nash was written by Stephen Stills in 1969 and brought to Woodstock later that year for what would eventually become the group’s most well known performance, immortalized in the 1970 concert film Woodstock. For a band who’d only ever played together once before stepping onstage at Woodstock, the cohesion and talent among the members of Crosby, Stills, and Nash are absolutely amazing – the vocals in ‘Suite: Judy Blue Eyes’ are out of this world!

Tied together with Graham Nash’s unique voice, the performance is both career defining and sets an impossible standard for modern musicians.

Fun Fact: Neil Young didn’t agree with Woodstock being filmed. So much, in fact, that he threatened the lives of cameramen if they dared film his performances.

Guys, even their “thank you” to the crowd at the end of the performance is in unison – that’s how flawless Crosby, Stills, and Nash are in this performance! That’s a kind of skill and mutual respect for your fellow musicians and your crafts that you just don’t see anymore. While the band would later be splintered and put back together after various rifts, it’s in this performance at Woodstock that we’re able to think back to a time when the only thing that mattered was the music.