Cream Rises Again With First Ever Performance Of “Badge” 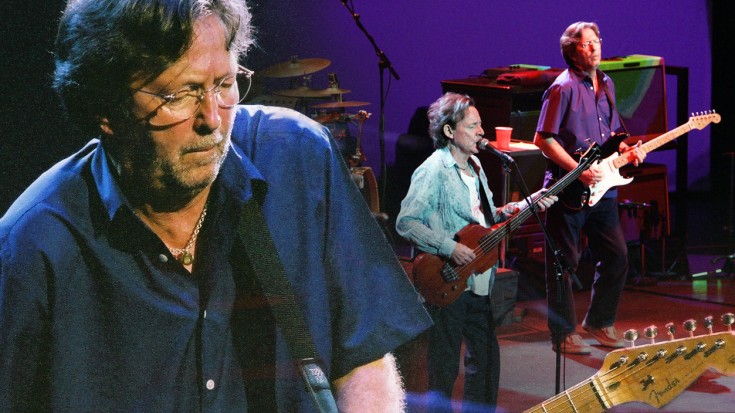 Together Again For One Night Only

Rock legends Cream came onto the music scene like a shooting star; they burned bright and they burned hot, but ultimately fizzled out after a brief two year run due to rising tensions within the band. Despite their short time with us, Cream went on to become one of the most highly regarded bands of the 20th century, influencing countless bands for generations after they took their final bow at Royal Albert Hall in 1968 and in 2005, Royal Albert Hall was once again graced by greatness when Jack Bruce, Eric Clapton, and Ginger Baker united once again for what has to be the most highly anticipated reunions in recent rock history!

As if their reunion wasn’t exciting enough, Cream gave their audience the surprise of a lifetime with the first ever performance of ‘Badge,’ one of the only Cream songs to feature Clapton on vocals and one of the final songs written by the band.

Fun Fact: The Beatles’ George Harrison co-wrote and is credited on ‘Badge’ as L’Angelo Misterioso.

One of the shortest songs written by Cream, ‘Badge’ was met with uproarious applause the moment fans realized what was happening – and we don’t blame them! While Cream’s reunion was short lived and the 2014 death of Jack Bruce effectively ended any likelihood of any future reunions or collaborations, Cream made the absolute most of their short time together with a stellar, once in a lifetime performance!

Yes, I told you that the light goes up and down
Don’t you notice how the wheel goes ’round?