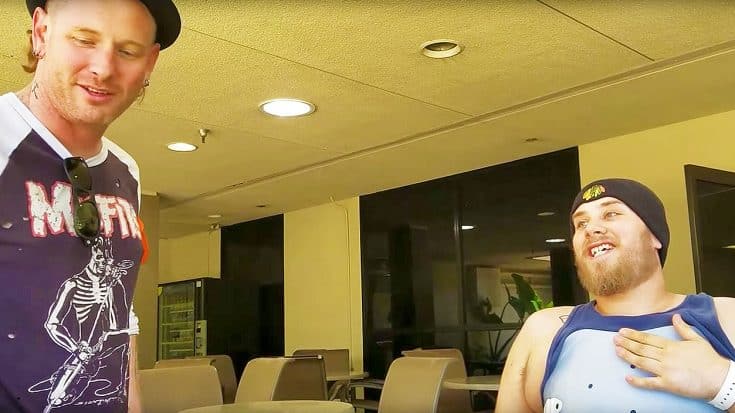 Corey Taylor , who has fronted bands like Slipknot and Stone Sour, is an all-around classy guy! Although his bands’ music seems aggressive, the man behind the mask is actually incredibly genuine and kind, and he’s always down to earth when interacting with his fans.

Recently, Corey met with a superfan of his who was tragically paralyzed back in May. The fan, Aaron Foley, was helping his friend move his motor cycle one day. He went to cross the street at one point, looked both ways, and while he was crossing was struck by a truck, and ended up being paralyzed from the waist down. While he was in the hospital rehabbing, he and his family decided to reach out to Corey to see if he would come hang out!

After a few weeks of trying, and with the help from a local radio station in San Diego, Corey surprised Aaron, and sat down with him for a half hour to talk, and just hang out! Corey is so down to earth, and treats Aaron like a long lost friend. Any rock fan will appreciate his generosity.

Check out the encounter down below!