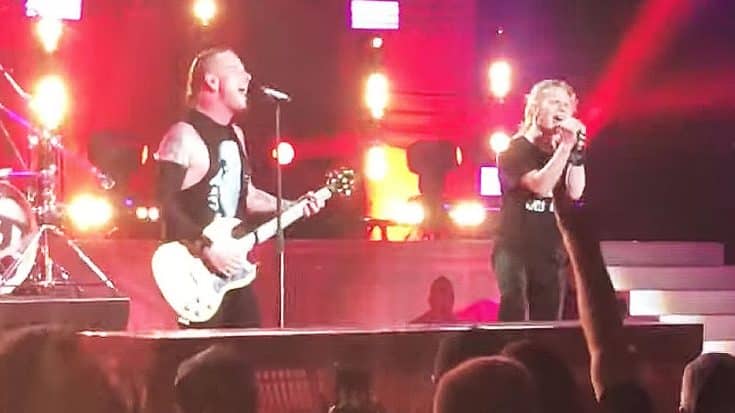 There’s been a pretty awesome trend that’s been going around where rockstars are bringing their talented children up on stage to perform with them. It’s being done everywhere by acts such Rod Stewart, Jon Bon Jovi, and so on and so forth.

These youngsters have some of the best genes you could ask for. The fact that most of them inherit just as much musical gives us music lovers hope for the future!

That’s not to say that every musician’s child HAS to follow in their parent’s footsteps, but this video here makes us want it to be so!

What you’re about to watch is a video in which Stone Sour are playing a live show and just as they’re about to play their new song called Song #3, Corey Taylor brings his son Griffin out on stage to sing lead. It goes without saying that this live crowd was stunned by what they heard when Griffon started singing! Don’t believe me? See for yourself!