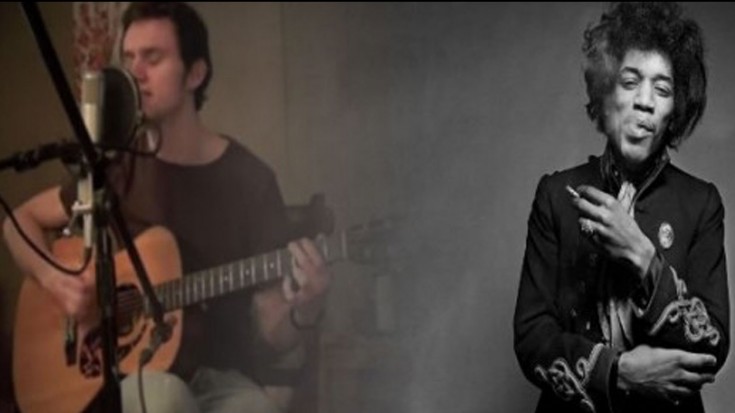 If There’s Such Thing As A Perfect Cover, This Is It!

Jimi Hendrix is most often associated with “Voodoo Child (Slight Return)” since it’s his only number one hit in the UK. However, Jimi did eight takes during the recording along with Noel Redding and Mitch Mitchell. This is often included in Jimi’s repertoire and has been recorded by other musicians including Stevie Ray Vaughan, Kenny Wayne Shepherd, and Gary Moore just to name a few. Jimi recorded this one after he finished jamming to the fifteen-minute “Voodoo Chile.”

In an AllMusic song review, “Voodoo Chile (Slight Return)” was described as “a perfect example of how Hendrix took the Delta blues form and not only psychedelicized it, but cast an even more powerful spell by delivering the lyric in the voice of a voodoo priest”. Also noted is Hendrix’s guitar work: “Opening with a simple riff on the wah-wah pedal, the song explodes into full sonic force, the guitarist hitting the crunching chords and taking the astral-inspired leads for which he became infamous. The real guitar explorations happen midway through the song, while the basic, thundering riff is unrelenting.”

Another thing that made this extra special and memorable was the fact that it’s the last song that Jimi Hendrix has performed live which happened during a concert in Germany on September 6, 1970.

In this particular cover, what can I say? I’m simply stunned at how great Corey Heuvel plays his guitar. He has mad guitar skills and great vocals to boot! It was phenomenal — the way he shreds and rips those notes. Jimi would’ve been proud!