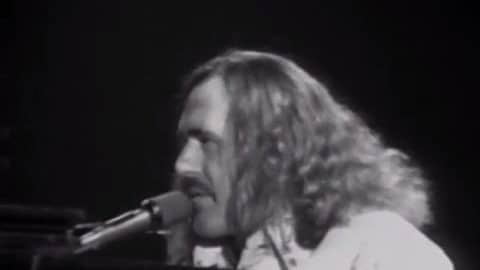 George Frayne IV, best known as the leader of Commander Cody and His Lost Planet Airmen, died on Sunday at the age of 77. He had been battling cancer for years. His wife, Sue Casanova, confirmed the news via a post on Facebook.

“Early this morning, as I lay my head upon his shoulder, George’s soul took to flight,” she wrote. “I am heartbroken and weary, and I know your hearts break, too. Thank you so much for all the love you gave and the stories you shared.”

Born in 1944 in Boise, Idaho, Frayne founded his group Commander Cody And The Lost Planet Airmen in Ann Arbor, Michigan, in 1967. His stage name was inspired by Commando Kody, King of the Rocket Men, who appeared in the 1951 film “Lost Planet Airmen.” They released seven albums from 1971 to 1976.

“I was watching the Lost Planet Airmen movie and I saw the Commander Cody character and I thought it would be a great name for a band,” Frayne told classicbands.com. “I had no idea anyone was going to have to be Commander Cody. I mean, there’s no Lynyrd Skynyrd. There’s no Steely Dan. There’s no Marshall Tucker. Why did there have to be a Commander Cody? That’s a long story in itself.”