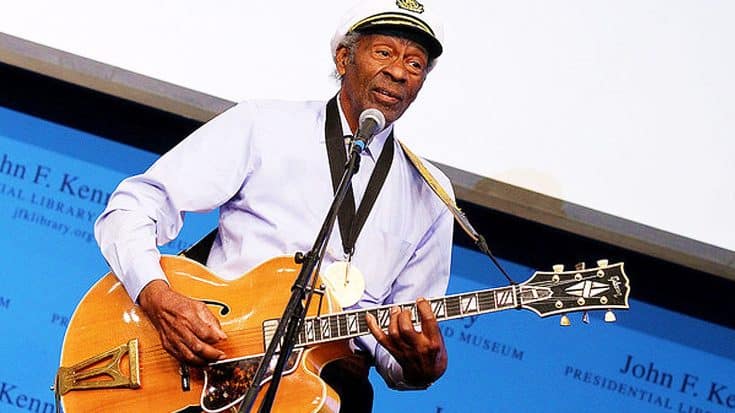 At least his legacy is living on!

It was just over a month ago when we heard the devastating news that rock n’ roll pioneer and legend Chuck Berry had passed away at the age of 90 years old. Chuck revolutionized the genre with his signature guitar sound, and left a lasting legacy on the music world.

That legacy has been carried on since his passing, and today we get a first taste of what his upcoming album Chuck will sound like! The album was scheduled and announced before his death, and is set to be released in June. The family decided to release a taste of the album with a new single titled “Wonderful Woman.”

“Wonderful Woman” is a throwback to Chuck’s old school guitar style, and recalls many of his signature riffs, licks and techniques! It leans on the same formula he perfected in his life, and was recorded with his son, grandson and guitarist Gary Clark Jr.

Check out the new song down below, and prepare to be amazed!