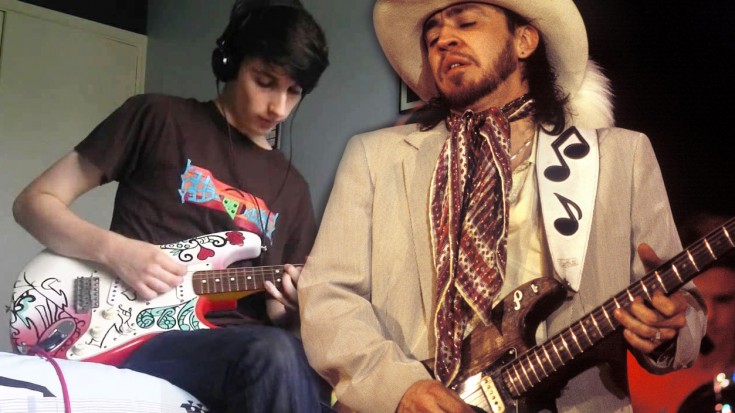 A Great Cover Of A Classic…Well, Cover!

If there was anyone alive that was suited to cover Jimi Hendrix’s ‘Voodoo Chile (Slight Return)’, it was Stevie Ray Vaughan. So, it always makes me smile when I see kids who weren’t yet born cover two great legends, and do it well! Teenager Chris King Robinson is one of those talented kids. Here he is performing an awesome cover of Stevie’s rendition of ‘Voodoo Chile (Slight Return)’, and let me say – if this is the kind of kid we’re leaving the future of music to, I think I can rest easy tonight!

He Learned From The Best!

Of his influences, Chris says, “I think that Stevie Ray Vaughan, Jimi Hendrix, Buddy Guy, Eric Clapton, Robert Cray, Albert Collins, Albert King etc, are the best examples you can study as there is so much variety between all of their playing from bending technique, tone, vibrato, and phrasing.”

Sounds like he really took the time to learn and appreciate his craft and those that came before him. Great job, Chris!