Celebrating Billy Gibbons’ 66th Birthday With His First Recording EVER 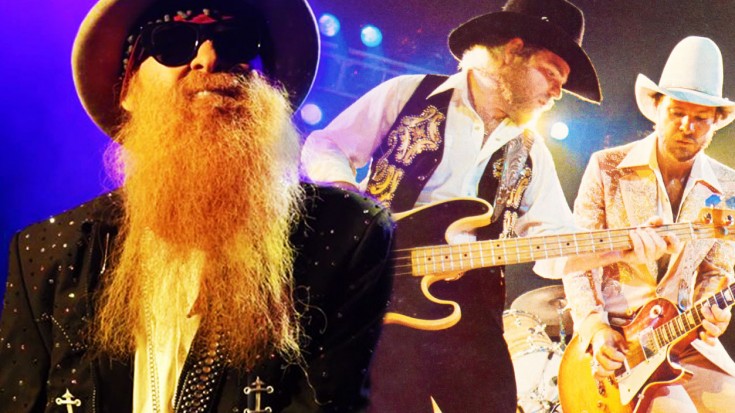 William Frederick “Billy” Gibbons was born December 16, 1949 to parents Frederick and Lorraine Gibbons in Houston, TX with talent coursing through his veins and a hunger for rock and soul. Considering Billy’s father, Frederick, was an orchestra conductor and concert pianist, it was guaranteed that he was going to follow in the footsteps of his musical inspiration.

Even in Billy’s younger years his father sent him as a protege to famous American mambo musician Tito Puente and received his first guitar on his 13th birthday- a Sunburst Gibson Melody Maker to be clear.

As he attended his Hollywood Art school in California, Billy began to experiment with bands in the area like The Saints, Billy G & the Blueflames, and The Coachmen and by the age of 18, Billy had established The Moving Sidewalks with bandmate Roky Erickson. It was here that Billy met the great Jimi Hendrix, where the two formed a special friendship that lasted until Jimi’s untimely end…

The Moving Sidewalks, a Texas psychedelic rock group of the 60’s, had a moderately successful career spanning from 1966-1969, recording one full album and opening for The Jimi Hendrix Experience on Jimi’s first tour as a headliner.

Once the sidewalks had moved far enough, Billy was on the hunt to start his next band with the great Dusty Hill and Frank Beard that we know, love and call ZZ Top. Around 1971, the band released their first ever album with London Records, ZZ Top’s First Album.

Around 1977, the band experienced some complications after constant touring/ album making and decided to take a hiatus from music for two and a half years.

In 1983, ZZ recorded their eighth album, Eliminator, a diamond- selling treasure that brought southern rock and soul to the ends of the Earth. Hits like “Sharp Dressed Man,” “Legs,” “Gimme All Your Lovin” and so much more that we are lucky enough to enjoy today came from this legendary album.

ZZ Top has persevered and thrived from the early date of 1969 after signing a multi-million dollar deal with RCA Records in 1994, and were finally inducted into the Rock And Roll Hall Of Fame in 2004.

In more recent years, Dusty unfortunately experienced a hip injury that took him away from the stage with Billy and Beard. Thankfully though, Billy is still doing his thing, solo, about to start his 2016 Tour, featuring songs from his new solo album, Perfectamundo.

It is with the happiest heart that we wish Billy the best 66th birthday ever!! Happy birthday buddy, we’re so glad you do what you do!

To show just how much we love Billy, we have decided to include his first recording ever with The Moving Sidewalks below called “99th Floor.”  The sound is so different, you have to check it out!