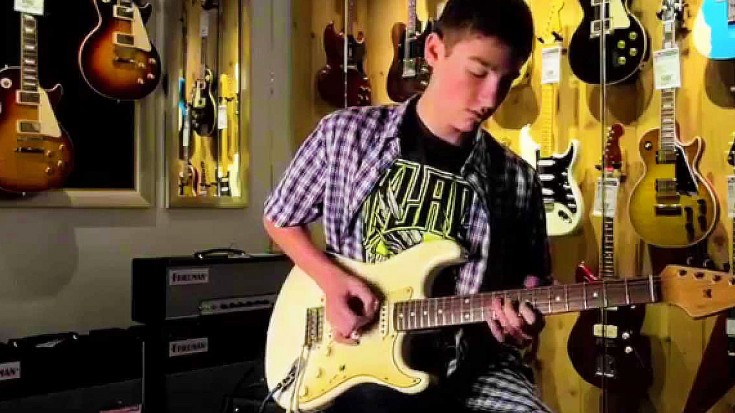 A “Voodoo Child” For A New Generation

Kicking off the new year in the best possible way is 16-year-old composer, producer and guitarist Spencer Rabin of Chicago, Illinois with a smokin’ cover of Jimi Hendrix’s “Voodoo Child (Slight Return)” that no doubt would have made the late guitarist beam. At 16, Spencer is quickly making a name for himself as a force to be reckoned with in the music world; his career began at the age of 8 when he played his first major gig at Chicago’s House Of Blues and four years later, he’d already recorded and released a killer debut single, “Hazy”.

He’s inspired by Jimi’s innovation and the lyrical and musical themes he borrowed from Muddy Waters and other Delta bluesmen but doesn’t let it define his guitar playing: each note in “Voodoo Child” is deliberate and while you can hear the various influences in Spencer’s playing, his sound and this cover are entirely his own.

Spencer’s take on “Voodoo Child” is made even more impressive by the fact that he arranged and produced the entire cover from start to finish. If he’s this talented at only 16, working anywhere from 8 to 10 hours a day on music theory and composition, then we can only imagine what he’ll be up to in the next few years!