Caught On Camera: Steven Adler Jamming “Paradise City” Is The Most Fun You’ll Have all Day 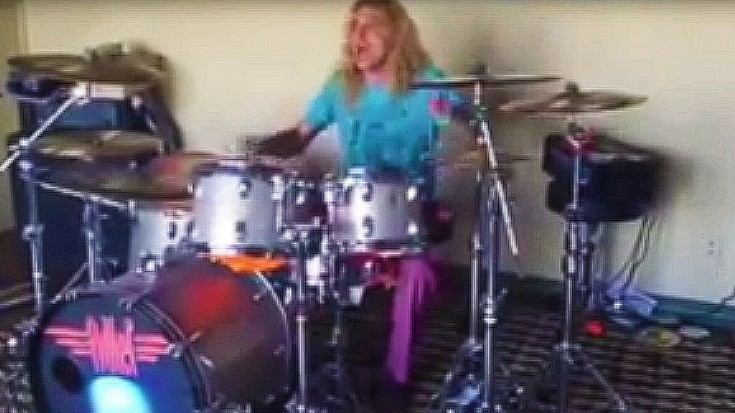 It’s the tragedy of my life that Steven Adler isn’t with Guns N’ Roses on their Not In This Lifetime… Tour. I love Frank Ferrer and he seems to be a great fit for the band, but there’s just something about Steven with Axl, Duff, and Slash again that makes for a proper Appetite For Destruction-era reunion (or as close as we’re going to get this summer), but for now we’ll just have to be happy with this footage of the 51 year old drummer jamming from the privacy and comfort of his home. Seen rocking a green t-shirt, purple pants and mega watt smile, Steven jams his way through “Paradise City” and despite only playing to a camera and an empty balcony his energy is enough to make anyone believe that he’s playing for a full audience, treating even the most impromptu of jam sessions as seriously as he would the real thing.

Fun Fact: Steven appears on one cut on Slash’s 2010 album, and the guitarist returned the favor on Back From the Dead’s “Just Don’t Ask.”

More than 26 years after being famously thrown out of Guns N’ Roses for a crippling addiction to heroin, Steven’s clean, sober, on his way to being a better drummer now than he’s ever been and this video proves it – here’s hoping that we’ll get to see him rejoin the ranks of Guns N’ Roses before the summer is over and show the world how “Paradise City” is really done!