Caught On Camera: Slash And Axl Rose Share A “Startling” Moment On Stage! 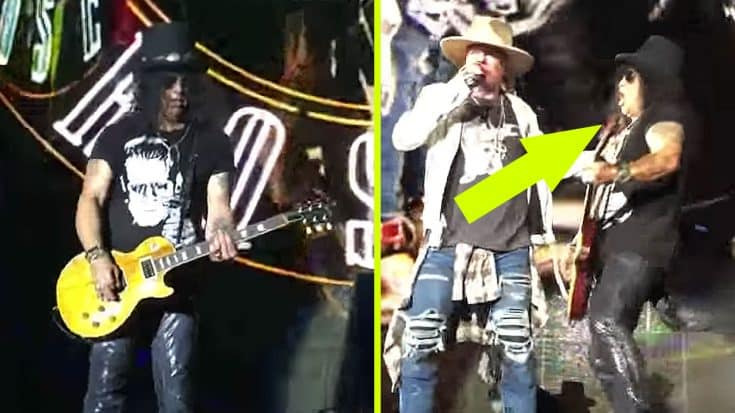 What A “Shocking” Experience!

It’s been some time now since Guns N’ Roses officially reunited. Since then they have hit the ground running by touring all over the world and selling out stadiums left and right, and it doesn’t look like they’ll be slowing down anytime soon!

The best part about it all is the fact that if you go online you can find endless amounts of footage of these amazing shows that GNR put on. What’s even better is all the shenanigans you can find in these clips, like this one here!

What you’re about to watch is a video in which GNR are on stage and Slash is performing a solo, but when Axl Rose comes over to Slash, well, let’s just say that Slash wasn’t really expecting to see him and has quite the reaction, to say the least. This is hilarious! Don’t believe me? See for yourself!