Caught On Camera: Robert Trujillo’s Son Jams With This Legendary Rock Band And It’s Everything! 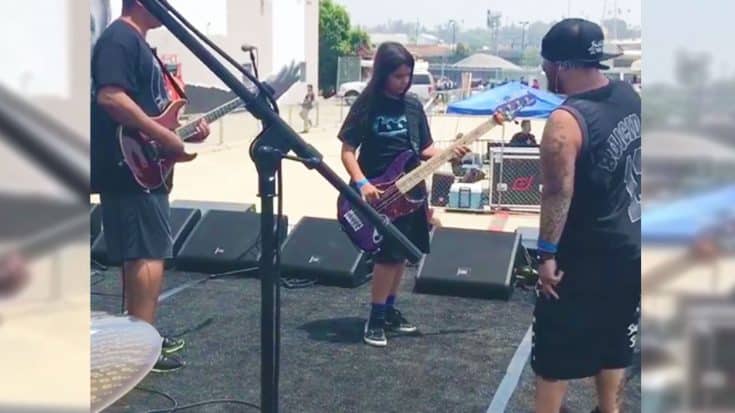 A few months ago, Robert Trujillo’s son Tye Trujillo made his big stage debut, playing a show with hard rock band Korn. Tye crushed it, and instantly became a hit, with many of people being happy that he was following in his father’s footsteps.

Now, footage has emerged of Tye jamming with members of the legendary punk rock band Suicidal Tendencies. The video was posted on Instagram, by Trujillo’s mom Chloe Trujillo. The proud mother posed a one minute video of Tye jamming out with the band members during their soundcheck. They weren’t really playing anything in particular, but it made it even better, because it shows that Tye is able to improvise with any musical genre! The jam doesn’t even really sound like a rock jam. It sounds like more like a jazz jam, especially with the bass sound.

Tye has a band of his own, but if he keeps popping up on stage with all of these other big name bands, someone might pick him up as a full time bassist!

Check out the amazing clip down below, and let us know what you think!