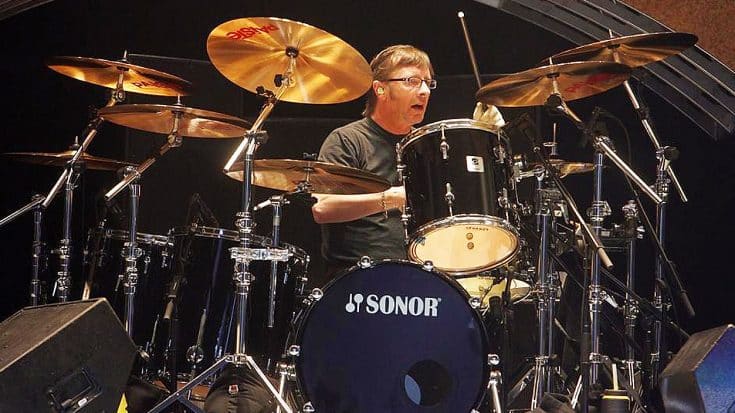 Drummer Phil Rudd hasn’t performed with AC/DC since 2014. After Rudd was arrested in 2014, and sentenced to 8 months house arrest in New Zealand in 2015, the band forced him out. Since then, Rudd has been released, but has not been allowed back in to AC/DC.

In the meantime, Rudd began a solo act and started to tour with them. During their most recent date on their European tour, Rudd and his band whipped out some classic AC/DC covers. Let me tell you, Rudd still sounds fantastic! And according to Rudd, playing these songs is not so much about doing a standard cover, because there is actual meaning behind what songs they’ve picked out to cover!

“[Those are] the ones I like, that I feel I contributed a lot to, with just the way I played them. We don’t wanna be a covers band, so we just brought in two or three [AC/DC tracks]. Because we’re playing the Bonfest [the annual celebration of the life and music of AC/DC legend Bon Scott, who died in 1980 at the age of 33] on the 28th of April in Scotland, so we’ve got three of Bon’s songs that we’re playing, and hopefully we’ll do them well for the fans in Scotland.“- Rudd said.

Check out their performance of “Head Job” down below, and let us know what you think!