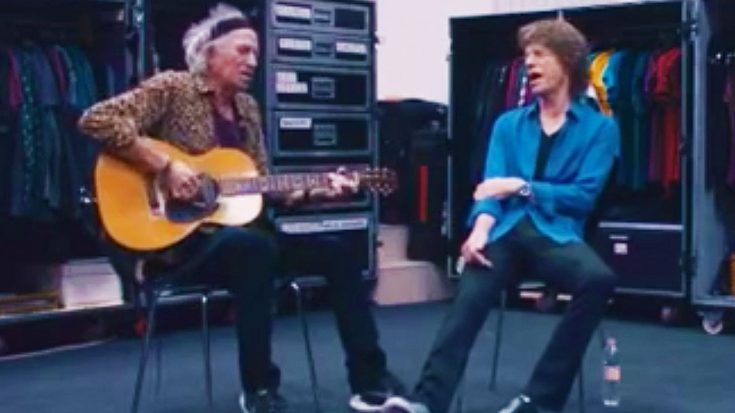 Just a touch of twang!

The Rolling Stones are impressive. Seriously, here’s a band that has stuck together for 55 years. They haven’t broken up, have had few lineup changes, and have consistently recorded new music and performed sold-out concerts throughout that entire time period.

With that being said, Keith Richards and Mick Jagger have pretty much spent every day together for the past 55 years. You’d think they’d eventually get sick of each other, but you would be horribly mistaken! Apparently 55 years doesn’t wear off the joy of jamming with each other backstage before a show. This clip shows Keith and Mick tearing up a jam session with a country twang to it! The “Country Honk” jam session is off of the band’s album Let It Bleed, and it sounds like it came straight out of the south!

Fun fact: Early Rolling Stones manager Andrew Loog Oldham initially had Keith Richards remove to the “s” from his name, thinking it would sound better. But Keith put it back.

Check out the clip down below, and prepare to be amazed!