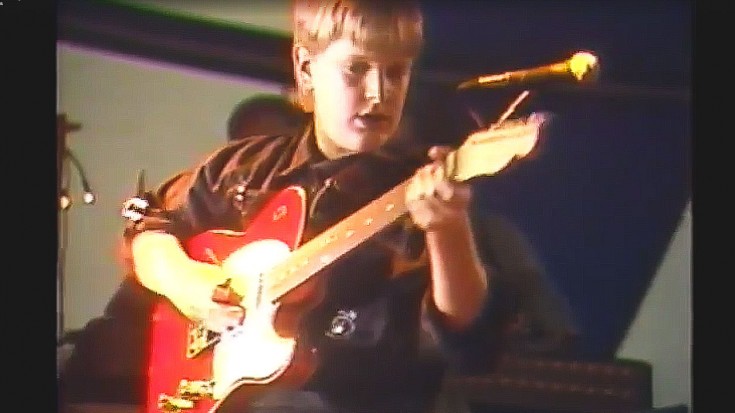 The Thrill May Be Gone, But The Memories Remain

When other kids were wreaking havoc on their neighborhoods on skateboards and BMX bikes in the summer of 1989, 12-year-old Joe “Smokin’ Joe” Bonamassa was embarking on the adventure of a lifetime and doing what musicians twice his age with ten times his experience only dreamed of doing: opening for blues legend B.B. King. Armed with his red Fender Telecaster named “Rosie” and his very own band behind him, Joe played 20 shows with B.B.that summer, gaining the kind of experience that you can only get while you’re sharing the stage with a legend night after night.

“I look at BB and that is exactly how I want to live my life. He’s the one who said, ‘You want to watch your money; make sure you get paid right.’ He helped me write the playbook on what I’m doing now.“

Featured on Forgotten Guitar, this footage features one such performance over the course of the summer Joe spent touring with B.B. King at the Rochester Lilac Festival in Joe’s native upstate New York; the biggest crowd he’d played up to that point, the tent was packed with upwards of 5,000 people, all absolutely blown away by the tiny blonde boy who looked like he wasn’t quite old enough to shave, much less opening for B.B. King!

We’ve seen Joe play to crowds two and three times the size of the one in this footage but somehow, this means so much more – this is the moment the torch was passed to the next generation and thankfully, we’re able to witness one of the single most defining moments of Joe’s life.