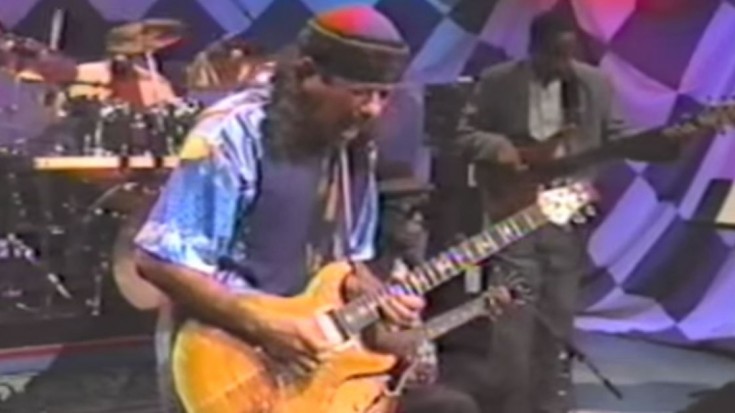 One Of These Days, Things Gonna Change!

If there’s anything we learned about Carlos Santana, it’s that his versatility extends beyond his guitar skills. I mean, look at his previous collaborations. He has worked with Rod Stewart, Alex Band, Wyclef Jean and John McLaughlin. Those music artists have different genre but he was able to wove his magic no matter who that is and what they’re playing.

For this video, this isn’t the first time that Santana played alongside John Lee Hooker. Their first track together was “The Healer” and it absolutely works which is evident in the Grammy Award they won. The distinctive mournful blues style of Hooker perfectly complements the unique Latin style of Santana. It sounds absolutely extraordinary — just watch them play off each other.

Hooker’s guitar playing is closely aligned with piano boogie-woogie. He would play the walking bass pattern with his thumb, stopping to emphasize the end of a line with a series of trills, done by rapid hammer-ons and pull-offs.

Whether you’re a big fan of the blues or more of Latin music, you’ll love this. Once again, we have two music greats in one stage!