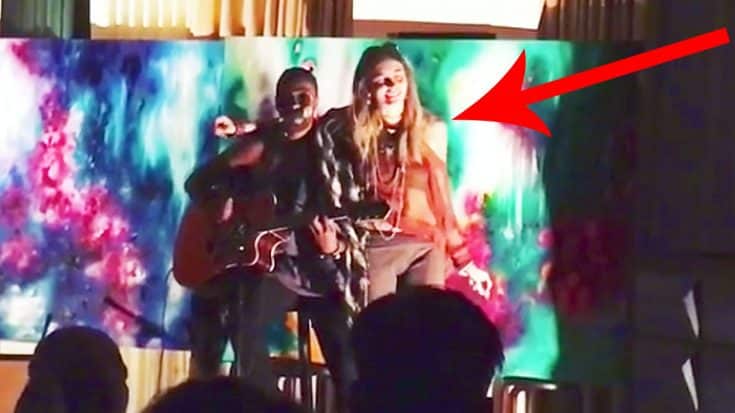 Her Father Would Be So Proud!

On June 25th, 2009, the world was shook when Michael Jackson suddenly passed away. The pop legend’s death was shocking, and really impacted the music world, because we lost one of the greatest performers of all-time.

Many people wondered if his children, who were mostly kept out of the public eye, would carry on his legacy through music or in some other form. Well recently, a camera caught Paris Jackson performing with her cousin Austin Brown, and Paris’ voice sound completely amazing! Seriously, if you close your eyes and listen, she sounds just like Michael! Michael would definitely be proud of her, and we really wish he was alive, because we would totally love to see them do a father, daughter performance or song together! We hope that Paris will record some music soon, and fully carry on her father’s legacy!

Check out the clip down below, and let us know what you think!

Nothing better than when your little cousin knows the words to your record “Smile” and wants to sing it with you. Love u so much @parisjackson thanks to everyone who came out to watch @mannythedrummer and I rock out. ✌?