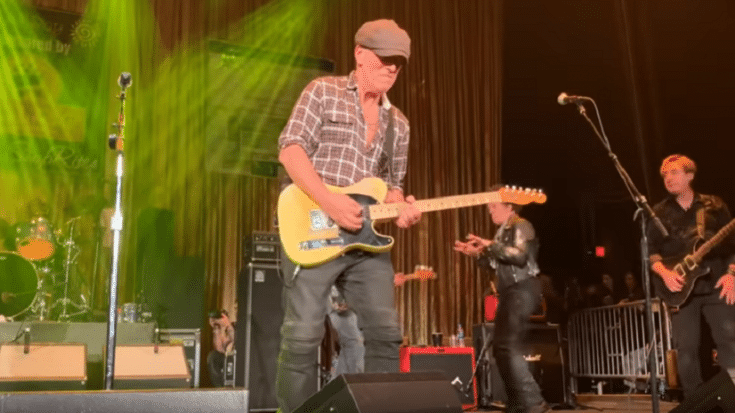 He Wowed The Crowd

Bruce Springsteen showed up for the annual Asbury Park charity concert Light of Day for the first time since 2015. He used to appear almost every year at the event since 2000 but he missed the past four shows and so no one actually expected him to show up. Nevertheless, he performed a stunning set that included classics like “The Promised Land,” “Atlantic City,” and “Thunder Road”. When fans spotted The Boss’ longtime guitar tech, Kevin Buell during Jesse Malin’s set, they knew there was a surprise coming.

Malin introduced him as “some local guy.”

Springsteen came up on stage and performed with Malin for his 2007 track “Broken Radio” and the 2017 “Meet Me at the End of the World Again.” He appeared a couple more times and before launching into “Thunder Road”, Springsteen told the audience, “Bob started this 20 years ago. Man, that’s hard to believe. It’s been an incredible experience… let’s do one more song.”

Bob Benjamin is the inspiration of Light of Day and he was diagnosed with Parkinson’s back in 1998. That night, the charity got to the $6 million mark.

Check out the performances below. It was truly quite a moment for everyone including the stellar lineup of musicians.