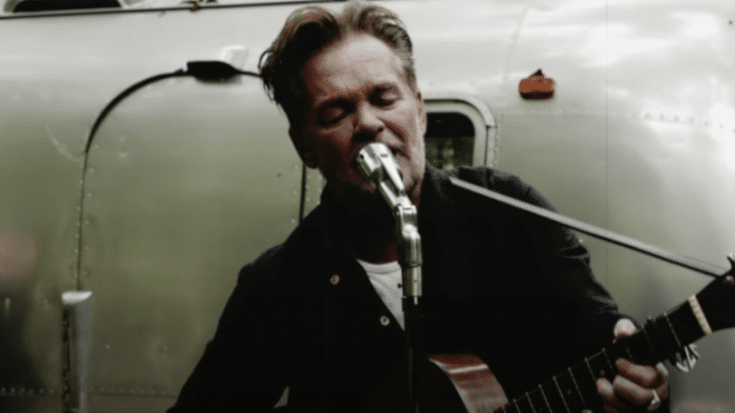 At the virtual Pre-Grammy Gala on Saturday, May 15th hosted by Arista Records founder Clive Davis, John Mellencamp revealed that Bruce Springsteen will appear on his upcoming LP – a follow-up to 2017’s Sad Clowns & Hillbillies.

“Bruce is singing on the new record and is playing guitar,” he said. “I finished the record a week ago today.”

This is basically a confirmation of the rumors that made rounds online last April – that the two legends were spotted together. Mellencamp is also pretty busy as he’s working on a jukebox musical titled Small Town and he’s prepping a new live LP and documentary film titled The Good Samaritan Tour.

He previously teased his new album in February with a one-minute sample of “I Always Lie to Strangers.”

Meanwhile, Bruce Springsteen recently shared that he’s working on a new album too as he was awarded with the Woody Guthrie Prize on Thursday. The Boss said it’s “coming out soon” and that it’s “set largely in the West.” At the aforementioned event, he played a four-song acoustic set that featured “Tom Joad”, “Plane Wreck At Los Gatos (Deportee)”, “Across The Border”, and “The Ghost of Tom Joad.”