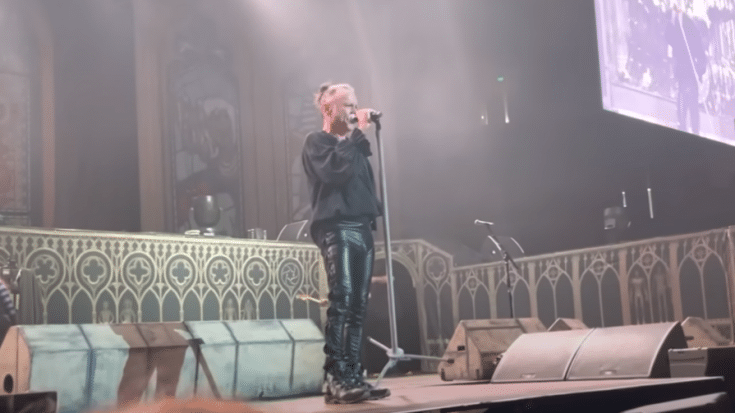 Bruce Dickinson recently called out some partygoers who were smoking weed during the Iron Maiden concert.

The incident happened last September 21 at Iron Maiden’s Legacy of the Beast tour stop at Anaheim, California’s Honda Center. During the time when he lambasted the concertgoers, Dickinson indicated that both he and Iron Maiden founder Steve Harris abhor marijuana when they perform. In the video, Dickinson will be witnessed saying:

“I don’t know what it is. There’s so many fucking people smoking so much fucking dope down here — I’m amazed you can even see.”

The Iron Maiden singer then added:

“Poor old Steve. I don’t know if you know, but he absolutely fucking hates marijuana and the smell of it, alright? So, when he’s trying to play bass, it fucks him up. It fucks me up. I’m a singer, alright? So, duh. I would ask for a tiny bit of respect. If you want to go get completely stoned out of your fucking mind, go out the back and do it. Alright? Otherwise, you’re going to end up like this fucking knucklehead here going, ‘uhh…'”

Another incident took place the following night when Dickinson was found dragging a stage-crashing concertgoer off the stage. The band’s set to wrap up their Iron Maiden’s 2022 Legacy of the Beast World Tour this week and will be back in 2023 for The Future Past Tour. Check out the fan-filmed video below.