Brian May Updates On His Health: “Grateful To Be Alive” 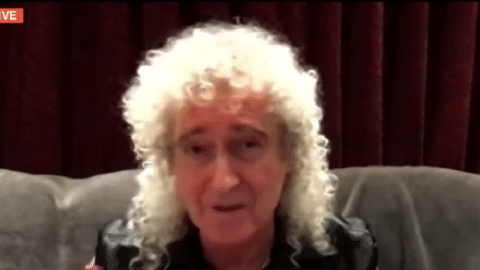 He Called It “A Catalogue of Disasters”

Queen guitarist Brian May appeared on Good Morning Britain last Tuesday and shared an update regarding his health. He’s had several issues since the lockdown including a heart attack and stomach hemorrhage.

He revealed that “I nearly lost my life” after suffering complications caused by some of his medications. He added that “It was pretty bad, and the complications that came afterwards were pretty bad… It’s been a big mountain to climb to get back up to strength again but it’s become my new religion, really. I just exercise, I do my cardio rehab every day.”

He further explained that the worst thing that happened to him “was the stomach hemorrhage, and I lost an awful lot of blood all at one time and just was wiped out. I couldn’t move, I couldn’t get across the floor. That was the worst point for me. But I had a bit of a bad time all-round – it sounds amusing really. A catalog of disasters. I had sciatica as well. I’m not quite sure how I got that.”

Despite all his health problems, he remains optimistic and just “so grateful to be alive, because a few years ago, that couldn’t have happened. I had three stents in me, which are working just fine, and I feel good.”