Brian May Pays Tribute To Keith Flint After His Death 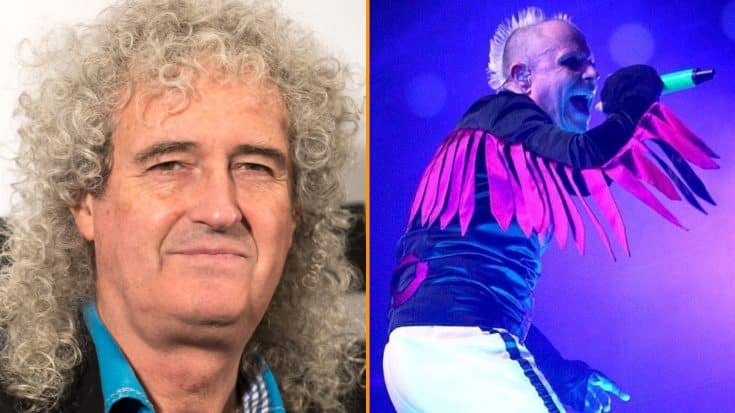 We’re just over 24 hours removed from hearing the tragic news of Keith Flint, frontman for The Prodigy, taking his own life. It obviously goes without saying that Keith was a true trailblazer in the world of rock & roll. Using not only his voice, but also his style and charisma, he helped change the game for many rock front-men and front-women to come. He is often imitated, yet never duplicated. He was one of the best, pure and simple.

When his tragic death was announced, there was hardly a single person from the rock community that didn’t take to social to pay their respects.

It is with deepest shock and sadness that we can confirm the death of our brother and best friend Keith Flint. A true…

One such rock legend that paid his respects was Queen guitarist Brian May. He took to Instagram to post a long, heartfelt tribute to Keith remembering the first time he met him and how he was shocked by how nice he was.

Very sad to hear of the death of Keith Flint. I was backstage when Prodigy were playing a festival soon after ‘Firestarter’ came out. I was knocked out their records and the intensity of their show was awesome. But, feeling a lot of anger in Keith’s delivery, I somehow assumed he would hate us – Queen, etc. So I just nodded in respect when I saw him at the other side of the stage while the gear was being changed over. He ran straight over and did that Wayne’s World tongue in cheek bowing thing, and then spent a good five minutes telling me very warmly how much he loved our music and had been inspired by it in his life. After that, I perceived him very differently. And I enjoyed their records even more ! But that’s the only conversation we ever had. How horribly sad that he got to the point of taking his own life at an age when he was still so potent. A tragedy of modern life. RIP Keith. Bri

If this doesn’t get you choked up, nothing will. This shows that, one, even thought you may never would’ve guessed it, Queen have had such an impact on Keith, and two, that Brian is still ever so appreciative of the gratitude his fans give him.

This was a lovely tribute, through and through. RIP, Keith Flint.