Brian May Launches A Sports Bra 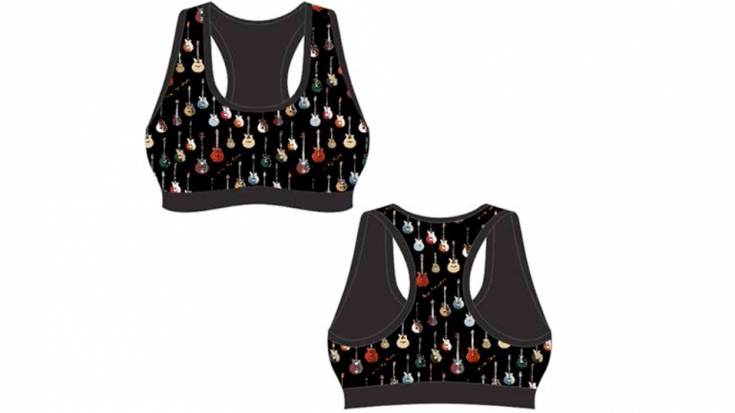 via Brian May Guitars

Brian May founded the Brian May Guitars which manufactured replicas of his iconic Red Special guitar at a reasonable price but since its launching, he has already branched out to include clothing and accessories. And now they just added an unlikely product on their catalogue – a sports bra.

It was personally designed by May and is available in five different sizes. Some of the other new items include an official BMG shirt, a classic t-shirt, and a “hold everything” waistcoat which apparently “combines the maestro’s artistic flair, his consummate rock and roll style, and a unique celebration of the entire family of Brian May Guitars instruments.”

As for the sports bra which is adorned with several guitars, it’s “Highlighting Brian May’s consummate artistic talents, this active wear salutes the entire range of Brian May Guitars with a bright, bold design prominently featuring the united colours of BMG – because it doesn’t have to be red to be special!”

Meanwhile, Queen + Adam Lambert are set to perform at the Fire Fight Australia benefit concert on February 16 at Sydney’s ANZ Stadium to help raise funds for the bushfire relief efforts. Queen will also be featured on the British currency.