7 Classic Songs To Summarize The Career Of Hank Williams 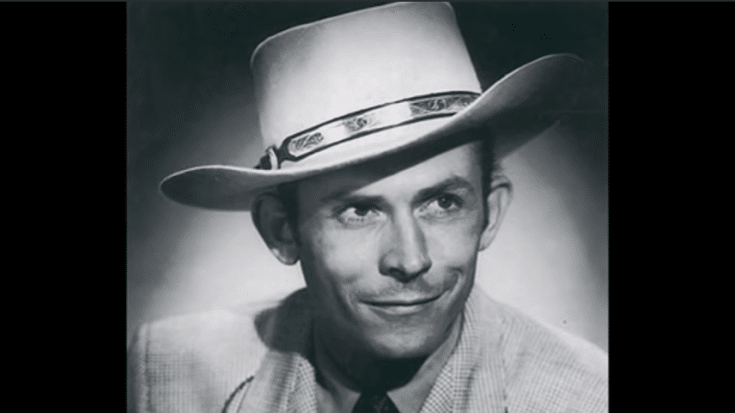 Hank Williams is a legend in country music. Even if he was gone way too soon, his catalog showcased his musical genius and brilliance. Also known as Luke the Drifter and The Hillbilly Shakespeare, he was more than a singer. He also penned several classic hits that transcend time and generation. Country music had no shortage of talents but even among his contemporaries, he stood out.

And over five decades after his death, he’s still widely regarded as one of the most influential and significant songwriters of the 20th century. He has been inducted into the Country Music Hall of Fame, the Songwriters Hall of Fame, and the Rock and Roll Hall of Fame. He was also awarded a posthumous special citation by the Pulitzer Prize jury “for his craftsmanship as a songwriter who expressed universal feelings with poignant simplicity and played a pivotal role in transforming country music into a major musical and cultural force in American life.”

Williams wrote it in 20 minutes while onboard a plane. He initially penned it for musician Jimmy Dickens but after recording it himself a week later, he joked to Dickens: “That song’s too good for you!”

One of the most iconic ballads ever, his emotive delivery is what made this song an instant classic.

A career-defining tune, it didn’t chart after its release but it became an important track in country music. Interestingly, it was originally written and recorded by Leon Payne. Williams’ version, however, inspired Bob Dylan’s “Like A Rolling Stone.”

A country gospel song, it wasn’t a massive hit but it became one of his most enduring tracks and it was also a fan favorite since he often used it to close his live shows.

It’s ironic that while Williams is one of the most important songwriters in country music, some of his most popular songs were covers and written by another musician. Because the success of “Lovesick Blues”, he received an invitation to the Grand Ole Opry. It eventually became his signature song.

Williams penned this blues ballad after visiting his wife Audrey in the hospital. She was being treated for an infection caused by an illegal abortion at home without Williams knowing. When he bent down to kiss her while she was lying on the hospital bed, she turned away and told him “You sorry son of a bitch. It was you that caused me to suffer like this.” When he got home, he told their governess that Audrey had a “cold, cold heart.”

Before launching into his cover version, Elvis Presley introduced this as “probably the saddest song I’ve ever heard.” This classic has received nothing but praises even from other music legends. Bob Dylan once said, “Even at a young age, I identified with him. I didn’t have to experience anything that Hank did to know what he was singing about. I’d never heard a robin weep, but could imagine it and it made me sad.”