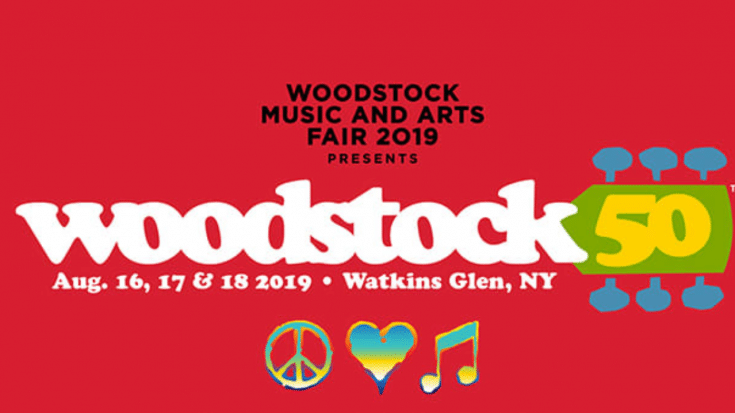 Well, it has happened. Woodstock 50 has been canceled. There had been lots of controversy surrounding the lineup of the event in recent months. Much of the Internet has complained about acts and artists that just don’t seem right on a Woodstock festival. People have questioned whether Jay Z and Miley Cyrus are really “Woodstock” material.

Woodstock 50 festival has been canceled.

"We don’t believe the production of the festival can be executed as an event worthy of the Woodstock Brand name." #Woodstock50 https://t.co/Kr2z11vX39 pic.twitter.com/Db7X9e1fRA

The event was to take place this August 16th-18th in New York at Watkins Glen Speedway.

“We Don’t Believe The Production Of The Festival Can Be Executed As An Event Worthy Of The Woodstock Brand Name….”

“It’s a dream for agencies to work with iconic brands and to be associated with meaningful movements. We have a strong history of producing experiences that bring people together around common interests and causes which is why we chose to be a part of the Woodstock 50th Anniversary Festival. But despite our tremendous investment of time, effort and commitment, we don’t believe the production of the festival can be executed as an event worthy of the Woodstock Brand name while also ensuring the health and safety of the artists, partners and attendees

As a result and after careful consideration, Dentsu Aegis Network’s Amplifi Live, a partner of Woodstock 50, has decided to cancel the festival. As difficult as it is, we believe this is the most prudent decision for all parties involved.” – Event Organizer, Dentsu Aegis Network

Seems that according to reps for the festival,  part of the reason of canceling is due to site readiness, and site capacity concern as well as a missed deadline to begin selling tickets as well. The concern is that Watkins Glen International Speedway might not be able to handle the 100,000+ event.

This story is still being updated.