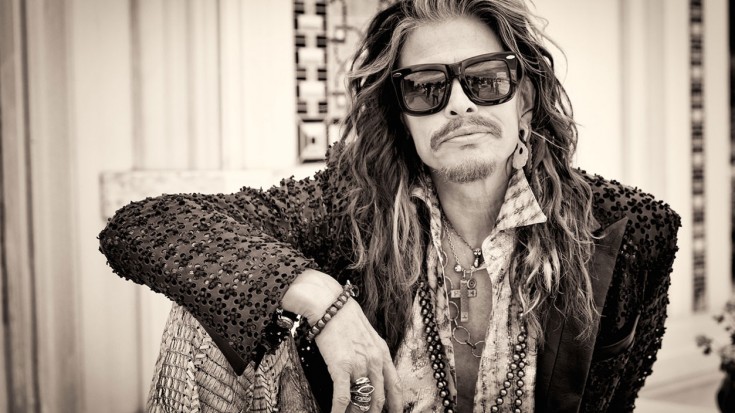 Announcement Comes After Months Of Speculation

He’s been teasing it for months following the release of hit singles “Love Is Your Name” and “Red, White & You” and now, the moment has arrived: this summer, Steven Tyler is hitting the road on his first ever solo tour!

Appropriately named the Off On A Limb Tour, Tyler’s 19-date solo run will feature performances at smaller venues around the country and with a setlist that will incorporate songs from his upcoming solo album as well as stripped down takes on Aerosmith classics, also allows Steven time during his shows to tell the stories behind the songs in an intimate, VH1 Storytellers sort of way.

The news was confirmed this morning via Twitter by Loving Mary, the absolutely incredible backing band supporting Steven on his solo run:

Exciting news! No word as to when tickets will go onsale, but stay tuned for updates and in the meantime, here’s the official list of dates if you want to catch Aerosmith’s leading man in his very first starring role!

Steven Tyler Out on a Limb 2016 Tour Dates