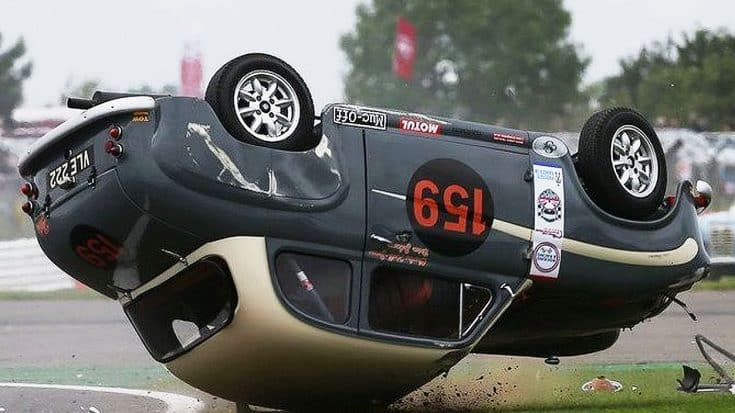 This past Saturday at the Silverstone Classic held in the UK, rock legend and former AC/DC frontman Brian Johnson was involved in a roll-over crash in his A35. Fortunately, he was able to walk away from it.

He was part of the celebrity race which was to raise money for prostate cancer awareness. As you could imagine, the crash ultimately put a halt to the race. Nevertheless, he emerged unscathed.

All of this being said, we are glad that Brian Johnson is not injured, aside from what he says is pain in his arms. We’ll have more on this as it develops.